written by
The Podcaster Matrix

There are few things that make people scream louder than seeing incredulous things on television. When you mix in first responders, the drama and sensational factor often goes up, as the quality goes down. Such is much of modern day television. Recently ABC launched a new series, focusing on an aspect of first responder-based activity that we don’t usually get a chance to “see”: 911 Dispatchers. “Emergency Call” is their ABC’d (and then Hulu’d the next day) effort that details a series of calls and how the dispatch staff handles those calls. From the most outrageous bare-naked interactions to high-speed chases, to peacock interactions and more - it’s all there but - is it ACCURATE? Find out what real-life Police Dispatcher of 20+ years Lisa Moore thinks about what’s being presented as she and OG Entertainment Podcaster Mike Wilkerson review each episode. It’s The Perspective Review of “Emergency Call”- this time Season 1, Episode 1. Find out now! | Listen to the Podcast Now! 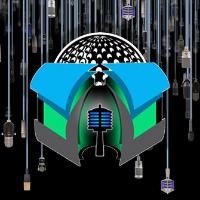